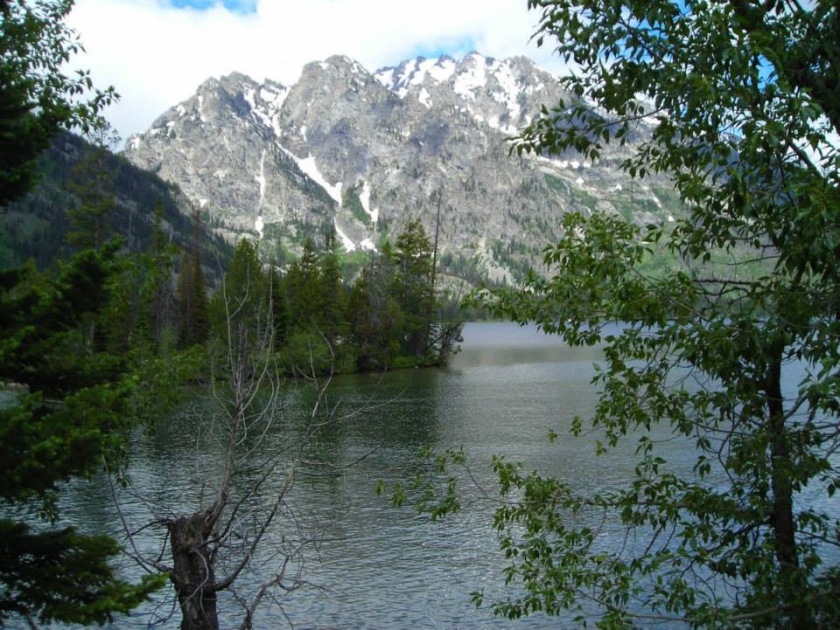 Much of my life seemed to be falling apart. Eventually I got divorced. Looking back, I can see that I did not “stop and smell the roses.” Perhaps I could not. The pressure of both my family coming apart at the seams, and my work becoming becoming less satisfying, meant my thoughts were often on the here-and-now. Though I was a Christian, I just wasn’t very aware beyond my small circle of thoughts. I didn’t see much of the beauty all around.

Then, for some reason, God had me pick up a camera and start taking photos. The pocket digital cameras of the era were expensive and limited by today’s standards. I borrowed a pocket camera that cost $600, and the expensive memory card only held 16 photos!

I shot some photos with the camera. When I downloaded them to my computer, I noticed I liked some of them. They became my computer wallpaper. I took some more photos, and some of these became wallpapers too. I was beginning a gradual process of learning to see. I was beginning to learn how to look for beauty. My mind was formerly on the things going wrong in my immediate little world, but now I was starting to – sometimes – look up and see.

Time passed, and I got my own pocket camera. It was less expensive – and much more powerful – than the one I had borrowed. I took more photos, and liked a greater percentage of them than before. I was increasing in my ability to perceive beauty before I pressed the button.

I’m not sure when it happened, but I noticed my mind wasn’t on the hamster wheel of worry and regret. And when I was critically reviewing the photos I’d taken, I was enjoying them, instead of feeding the hamsters. Photography had become like a vacation from stress. All I had to do to take a mini-vacation was shoot some pictures, and review them – to look for ways they could have been improved. Photography became a higher priority, and I was able to carve out time for my mini-vacations.

Then an interesting thing happened. I became aware that I could take better pictures than the camera would allow. The equipment was holding me back. The frustration of knowing that I was losing great shots led to the purchase of a DSLR. I was ecstatic! Having bought it at the Walmart in Spearfish SD, I drove north and shot my first sunset with a “real” camera. I had a blast! I had so much fun that there is only one sunrise/sunset shoot I remember with more clarity. (That was a sunset that was both very large and very small. That is, the whole western sky was beautiful, but the smaller area around the setting sun itself was filled with interesting, always-changing rays. After nearly dropping a lens in the dirt when changing from wide-angle to telephoto – a very bad thing to do to lenses – I realized two cameras on two tripods would be much better. I could get them level, lock in the frame of interest, and then just press the shutter button on either when the view changed. Eventually, this is how I would shoot sunrises/sunsets.)

When I bought that DSLR, I thought that would be it. That camera and its two lenses let me take the kind of photos I wanted, the kind that the pocket camera simply couldn’t take. But the shoot-review-improve process continued. There came a point that I realized the relatively-inexpensive lenses were holding me back. In time, I got better ones. The cycle continues. Yesterday I shot photos at a family reunion. For the zillionth time, I wished I’d bought the $900 50mm lens instead of the $500 50mm lens. I can take much better pictures than the “cheap” lens allows. With one exception, I could replace all my 2nd-teir lenses with the top-of-the-line. Slowly, over the years, and in taking over 250,000 photos, I’ve gotten that good at photography. It has been an interesting journey of growth and discovery. (The one 2nd-level lens I would not replace with a 1st level? It’s my go-to lens for night lightning photography. The lens itself is somewhat broken, as autofocus no longer works. But I can manually focus that lens in the dark, with my eyes closed. I have the “feel” down 100%: “All the way clockwise, then back just a tiny, tiny hair counterclockwise.” To use any other lens at night, I have to have some distant light source on which to manually focus. It could be the moon, a yard light or even the tail lights of a distant car. But I have to have something. On a sufficiently dark and stormy night, where there are no distant lights visible, my broken 2nd-teir lens is the only one I can use.)

Why don’t I shoot photos more often? First, photography has been fulfilling in every way but financially.  🙂  I haven’t figured out a way to fix that. Most pro-wannabe’s do poses and weddings. To do this well is a skill based on specific talents, and I know I do not posses some of those talents. For example, I spent nearly 30 years in creating software. I suck at graphical design. I have enough training and experience to usually tell whether the graphics of, say, a web site, were done by a pro, or are just a template. But I do not have the talent to change a template to make it the work of a pro. I have tried. I cannot. I am in absolutely no danger of designing a logo for a Fortune 500 company. I. Just. Don’t. Have. Graphics. Design. Talent. I have tried formal-pose photography. When I objectively look at the photos I took, I can tell that whoever did the pose did not know what he or she was doing. But I cannot solve the graphical-design problem of who should have been standing where, or how high the arm should be, or how turned-to-each-other the couple should be to complement the angle of the candle holders in the background. Nope. Can’t do it. You might as well try to teach a rabbit opposite-side-of-the-street-parking.

(P.S. I believe knowing your limitations is a strength.)

Besides, that would be real work, like sweeping a gymnasium floor with a toothbrush that has only one bristle. I would rather hurt my foot than shoot a wedding. I’m good at nature and candids, and I love that kind of photography. Watching a sunset for a couple hours as a storm rolls in, and then stay up all night shooting lightning? Cool and fun, and I think I do it well. Poses of any kind? I suck and I hate it.

The second reason I don’t take many photographs these days is I don’t need to. I no longer need to be looking though a viewfinder to see beauty. I can see it now in real time. I’ve trained myself to see the beauty that has always been there. So I suppose that the primary reason God had me pick up a camera has been fulfilled. I’ll never forget the first time I realized I had developed “the eye.” I walked out of the house, glanced to the left, and saw that roof angle, and that edge of the wall, and that curve of the branch, and that notch in the hills, with that cloud in that part of the sky. I framed the ideal shot in my mind. I did not have to look though a viewfinder to see it. And now, it happens all the time. I don’t need a camera to perceive beauty. Perhaps I’m back to average.  😉

The third reason is location. I’m in the Minneapolis area. The horizon is too close, and has too many leaves, for good sunrise and sunset photographs. I have not found a single easily-accessible lake for taking sunrise/sunset reflection photos. The hills, trees, apartments and houses are just too tall. They block too much. I have seen a couple places that might work, but I’d have to park a long way away and walk back. While shooting I’d have the drone of 4 lanes of traffic nearby. It would be work to do the shoot. It would not be what my current sunrise/sunset portfolio is —>> the more or less accidental output of a time of relaxing in God’s great out-of-doors, experiencing inner healing by studying nature’s beauty.

Do you like the pictures in this post? I do. And I don’t. These were all taken with a pocket camera many years ago. While they are nice, I knew I could take better photos than the pocket camera would allow. These are why I bought a DSLR. I wanted better, more accurate, interpretations of the beauty I saw and tried to capture. I wanted to take better photos than these – especially of the mountain scenes!

When I thought about writing this post, I had to think about why I felt I needed to write it. My story might be moderately interesting, but so what? What good would that do anyone? I decided there is a higher level reason, and this is how I understand it for now.

The Creator is, well, creative. By doing something, anything, of a creative nature, we are connecting with Him. It could be bottling visual reality, as I did. It could be writing poetry or blog posts, or developing new recipes, or painting or drawing, or composing music, or welding chain into sculptures. I don’t think it matters much, as long as it is active – create-ive. I don’t think that just listening to music is enough, for example. But when we are doing something new, something creative, we are spiritually connecting with The Infinite. He is the Creator, and we are made in His image and likeness. When we are doing something new to us, we are getting to know God better, deep down inside of us. There is no doubt I feel I know God better after just these few days of attempting to write!

And I think this helps answer the question of what we’ll be doing in Heaven. If there’s nothing new, how will we fill the time? There’s only so many times you can read the Library of Congress, or visit all the planets in all the galaxies in the universe. What do you do after you know everything and everyone, and have been everywhere? It was probably in 1979, shortly after I got saved, that I read in a book, “I think in heaven that we will all be creators.” Makes sense to me. Otherwise forever in Paradise would get boring.  😉

We have no idea what God has prepared for those who love Him!

It is vitally important to make it to heaven. The other place is no fun at all!

32 thoughts on “Learning To See Beauty”