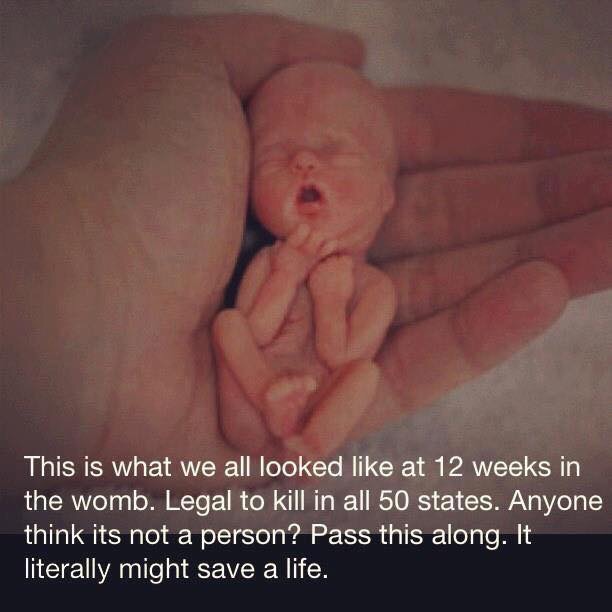 These are some of the last words Jesus said before he was crucified.

As the soldiers led him away, they seized Simon from Cyrene, who was on his way in from the country, and put the cross on him and made him carry it behind Jesus. A large number of people followed him, including women who mourned and wailed for him. Jesus turned and said to them,“Daughters of Jerusalem, do not weep for me; weep for yourselves and for your children. For the time will come when you will say, ‘Blessed are the childless women, the wombs that never bore and the breasts that never nursed!’”
Luke 23:26-29 NIV

“Don’t cry about me,” Jesus was saying. “Cry because someday mankind will be so clueless about why I created them that they won’t understand children and families!”

This is part of why God created mankind, and it’s found in the first chapter of The Book!

God blessed them (mankind) and said to them, “Be fruitful and increase in number; fill the earth and subdue it. Rule over the fish in the sea and the birds in the sky and over every living creature that moves on the ground.”
Genesis 1:28 NIV

God considers children to be a blessing from Him.

Children are a heritage from the LORD, offspring a reward from him. Like arrows in the hands of a warrior are children born in one’s youth. Blessed is the man whose quiver is full of them. They will not be put to shame when they contend with their opponents in court.
Psalm 127:3-5 NIV

God blessed the midwives who disobeyed the king of Egypt with families of their own.

The king of Egypt said to the Hebrew midwives, whose names were Shiphrah and Puah, “When you are helping the Hebrew women during childbirth on the delivery stool, if you see that the baby is a boy, kill him; but if it is a girl, let her live.” The midwives, however, feared God and did not do what the king of Egypt had told them to do; they let the boys live. Then the king of Egypt summoned the midwives and asked them, “Why have you done this? Why have you let the boys live?” The midwives answered Pharaoh, “Hebrew women are not like Egyptian women; they are vigorous and give birth before the midwives arrive.” So God was kind to the midwives and the people increased and became even more numerous. And because the midwives feared God, he gave them families of their own.
Exodus 1:15-21 NIV

Jesus finished his paragraph to the crying women with these words.

For if people do these things when the tree is green, what will happen when it is dry?”
Luke 23:30-31 NIV

The Number of Abortions – Abortion Counters web site posts the horrible numbers. As of this morning there have been 59,582,785 abortions in America since Roe v Wade, and 1,460,159,311 abortions worldwide since 1980. The entire world is proclaiming,

“‘Blessed are the childless women, the wombs that never bore and the breasts that never nursed!’”

We are at the end.

2 thoughts on “When Did Jesus Say To Weep?”